​NORTH AMERICAN BAPTIST MISSIONARY IN BRAZIL. FOUNDED ROYAL AMBASSADORS IN BRAZIL AND LEFT A LEGACY OF HIGH IMPACT ON EVANGELIZATION IN BRAZIL

by Lucas Mourão Tavares
​Visiting professor at the Southern Baptist Theological Seminary of the Brazilian Baptist Convention, graduated in Archival Studies from the Fluminense Federal University (UFF) and a student of the Postgraduate Program in Document and Archive Management at the Federal University of the State of Rio de Janeiro (UNIRIO/PPGARQ).
The year 2021 marks the centenary of the birth of William Alvin Hatton, one of the best known American Baptist missionaries in Brazil, responsible for founding the Royal Ambassadors organization throughout the South American country. Twenty-six years have passed since his death, but the legacy left by Alvin Hatton is incredible, having given Brazilian Baptists a material and immaterial heritage that is still relevant today.

Alvin was born in the city of Abilene, Texas, on February 14, 1921. His parents were from poor rural backgrounds. In the early years of his life, his family had to deal with tragedy. Alvin Hatton and his sister Janell underwent tonsil surgery. He recovered, but Janell became too weak and died.[1]

At age 10, her life was impacted by a woman's discipleship work. Her name was RM White and the discipleship work strategy was through the Royal Ambassadors organization at the University Baptist Church[2] in Abilene, TX. Alvin Hatton has a very special affection for his leader, having written a complete chapter dedicated to her in his autobiographical book entitled “Sempre Embaixador: 50 anos com os Embaixadores do Rei”.

It is important to mention that in the United States, Royal Ambassadors were created by a women's organization called the Women's Missionary Union[3]. Over time, the RAs were transferred to the management of other entities, but since 2013 they have been managed by the same entity that created them, the WMU.

As a teenager, he worked in house-to-house newspaper delivery. At the age of 17, he began his studies in Humanities and Nature at Hardin-Simmons University[4], where he studied between 1938 and 1941 (fig 1). To pay for his studies, he worked as a gardener and janitor at the same university where he studied.

In 1942, in the context of World War II, he was faced with a choice: go to war or work as a minister of the word of God. Alvin Hatton did not go to war, but acted as chaplain in support of soldiers who were in training in Abilene, preparing for the battlefield in Europe. To improve his ministerial vocation, he enrolled in theology course at Southwestern Baptist Theological Seminary[5]. Again, he had to work to pay tuition, even selling toothbrushes and a part-time job at an airplane factory.

Alvin Hatton was pastoring a small church in McKnight when he was invited on a mission trip to Cuba. In that country, he saw an active group of Royal Ambassadors and realized that similar work was possible outside the United States. After this experience as a pastor and missionary traveler, he worked as a coordinator of the Royal Ambassadors for the state of Arkansas for two years. On that occasion, he had contact with the general coordinator of the Royal Ambassadors in the United States, Ivyloy Bishop, who encouraged him to be a missionary in Brazil.

He married at age 26 with Katie Jordam. Soon after the wedding, Katie would become his inseparable partner in a missionary campaign in Brazil. Both were named missionaries and sent to Brazil by the Board of Foreign Missions[6], now the International Mission Board. They arrived in Rio de Janeiro on march 20, 1948, after 16 days of travel by ship. Upon arriving in Brazil, they had the logistical and denominational support of the brazilian Missionary Women's Union to implement the work of the Royal Ambassadors in Brazilian territory. Once again, it was women's work that gave the necessary impetus and support for the realization of Alvin Hatton's dream: starting the work of Royal Ambassadors in Brazil, with boys in a country that was economically reinventing itself, trying to leave the mark behind of an extremely poor and agrarian country, now in search of development through industrialization.

The Hatton couple worked for two years with the brazilian Women Missionary Union so that the Royal Ambassadors were recognized as an official strategy of missionary work by the Brazilian Baptist Convention. It was the women's work that covered the financial costs of the first teaching materials (fig 2.6), as well as the support needed to legitimize the work within the Baptist denomination in Brazil. The first local church leader to support Alvin Hatton with Royal Ambassadors was a young pastor named David Gomes. He was pastor of the Baptist Church of Tijuca[7], and was close to the American Baptist College, also maintained by the Board of Foreign Missions. In this school there was a boarding school for boys. It was with these boys that Alvin Hatton started a laboratory for the formation of Royal Ambassadors based on Christian ethics, which would bring about a social transformation in the lives of the participating boys. These are the two pillars of the Royal Ambassadors touted to this day. This strategy that worked in the beginning and that works today, left a trail of hope and lives transformed through the gospel of Jesus Christ, driven to have a better life.

In this first group was the first Brazilian advisor named Paulo Cabral Pimentel (fig 2.3), a young black man of humble origins who had the educational and professional support of American Baptist College[9] and who now adhered unreservedly to the work of the Royal Ambassadors, believing in their entire program.

When he was 29 years old, and only 2 years in Brazil, Alvin Hatton bought a property for the Royal Ambassadors. David Gomes had discovered a place for sale that could serve Alvin Hatton's purposes of having a place as a base for camps with boys who couldn't afford to camp in paid places. This place was located in a remote area of ​​the interior of the State of Rio de Janeiro, in the city of Casimiro de Abreu (fig 2.2), which even today has a hint of the interior. When writing to IMB to request financial assistance for the purchase of the site, he got a negative response and was even reprimanded: “you are in a great hurry”. Alvin Hatton knew he was in no hurry, that it was the ideal time to buy the site that was being offered at a price below the Brazilian market: US$ 19.000. It was an investment that paid off. The Hatton family donated most of the necessary amount, which was supplemented with individual offerings from other American churches.

The property was acquired in February 1951. He transformed a rural property into a large encampment, which is still recognized today as a great asset of Brazilian Baptists, especially Royal Ambassadors (fig 2.2). It is a heritage of incalculable affective value to Royal Ambassadors, the result of Alvin Hatton's bold missionary vision. The name given is Sítio do Sossego Baptist Camp[10] and it works to this day as a camp to serve Royal Ambassadors. There is an estimate by the brazilian Department of Royal Ambassadors that over 70 years of existence, around 80,000 boys have gone through the camps, this only being counted in the main summer camps.

It is at the national camp that a special service takes place. In it, Royal Ambassadors are encouraged to respond to a vocational call. Many of them assume the commitment to be faithful servants of Jesus Christ, committed to the ethical values ​​preached by the organization, which has in the verse of II Corinthians, chapter 5, verse 20, the maximum message of reconciliation. It is in this service called “morning of decision” that many young men decide to go to a theological seminary, feeling called to the pastoral ministry. There are countless boys who are now adult men and church pastors. It is so easy to find them serving in local churches that at the 2011 Annual Meeting of the Brazilian Baptist Convention[11], held in Niterói city (Rio de Janeiro), there was a meeting of pastors. When asking which of those present had passed the Royal Ambassadors, more than half raised their hands.

Educational service is very strong at Royal Ambassadors. In January 1951, Alvin Hatton founded “O Embaixador” magazine. This magazine is still in circulation today, despite the crisis in the brazilian baptist press, the magazine remains a relevant literature. There's also a core curriculum that's pretty much the same as the beginning, just updated to current tools and language. In it the boys learn the values ​​defended by Royal Ambassadors, the history of baptists, Bible translators, the history of missionaries such as William Carey, Lottie Moon, David Linvingstone, George Liele, Sadhu Sundar Singh, among others. In the curriculum, there is space for themes on environmental preservation, sustainable development, civil rights and religious freedom. Another very important aspect is volunteering. Since the beginning of their activities in Brazil, Royal Ambassadors have promoted volunteering for the kingdom of God and the community, without seeking anything in return. That's the motto.

There is no possibility of making a biographical work of Alvin Hatton's life without mentioning the service rendered to Royal Ambassadors in Brazil. However, he went further. He planted five churches near Sítio do Sossego. His life was dedicated not only to working with the boys, but also to making the most of his time to expand the kingdom of God in Brazilian lands. He was a missionary pastor in the neighborhood of the Sítio do Sossego baptist camp, planting the only churches in that remote region, in the interior of the State of Rio de Janeiro (fig 2.7).

Throughout his missionary life in Brazil, he dealt with deposed governments, controversial presidential elections, coup d'état, military dictatorial governments for a long time until the return of democracy in the country. He managed to deal with all these political adversities, as well as overcome all economic crises, maintaining a good structural level of work with Royal Ambassadors.

Alvin Hatton was gratefully remembered throughout 2021. His working life was from start to finish. Even retired, he was often responding to an invitation from the Royal Ambassadors and actively participating as a visiting advisor to summer camps. Without a doubt, it is a legacy that cannot be underestimated or forgotten. Today the Royal Ambassadors have their national department active, directly linked to an executive secretariat of the Brazilian Baptist Convention. Alvin liked to use a phrase that is actually true about his life: "God did not call me to be a success, but to be faithful to the call He gave me." In the 100 years of his birth, despite appearing to be forgotten in his native land, in Brazil he is remembered with great affection. He deserves a place in the American missionaries' gallery of honor.

[1] HATTON, John Hurley; HATTON, William Alvin. 16-17.
[2] It is currently called "Radiant Life Church". PROPERTY of University Baptist Church up for sale. KTXS12.com. Available in: https://ktxs.com/news/abilene/property-of-university-baptist-church-up-for-sale. Access on: 31 ago. 2021.
[3] Woman's Missionary Union (WMU) is an auxiliary of the Southern Baptist Convention that was founded in 1888.
[4] Hardin–Simmons University (HSU) is a private Baptist university in Abilene, Texas.
[5] The Southwestern Baptist Theological Seminary is a private, non-profit institution of higher education associated with the Southern Baptist Convention; the seminary was established in 1908, and is located in Fort Worth, Texas.
[6] The IMB is responsible for implementing the Baptist work in Brazil. It was this entity that sent the first missionary couple: William and Anne Bagby.
[7] O EMBAIXADOR, Rio de Janeiro, 1983. 12-13.
[8] David Gomes, 1919-2013. One of the best known pastors in the history of the Baptist denomination in Brazil. https://www.pastordavidgomes.com/quem-foi
[9] It is currently called the Baptist College Shepard. Website: https://www.batista.br/
[10] Batista Carioca Convention Website. https://batistacarioca.com.br/embaixadores-do-rei-cariocas-estiveram-em-mais-uma-edicao-do-anver/
[11] . Annual Assembly of the Brazilian Baptist Convention, n.  91. 2011. Anais [...] Niterói: JUERP, 2011. 398 p.
[12] O JORNAL Batista. Rio de Janeiro, ano 2019, 21 jul. 2019. 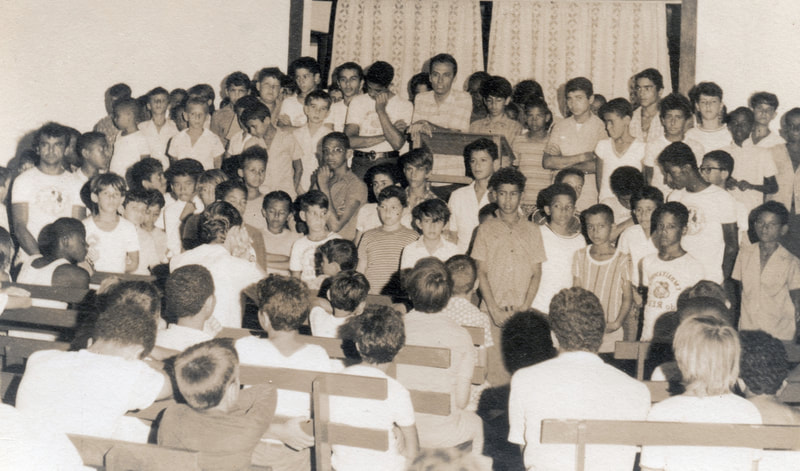 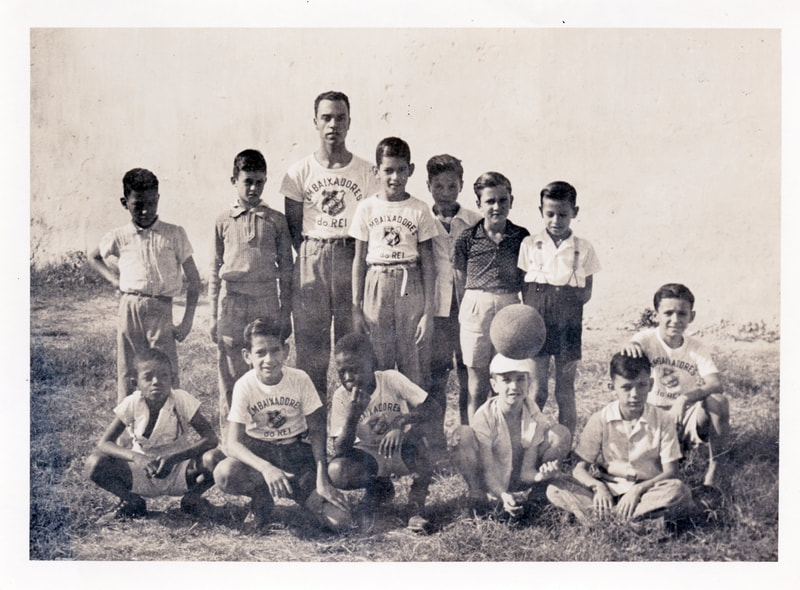 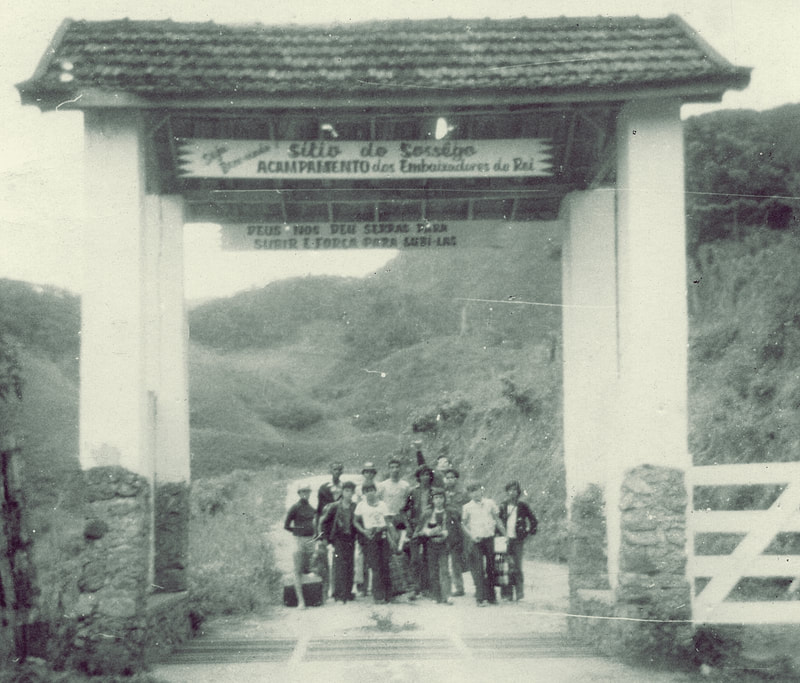 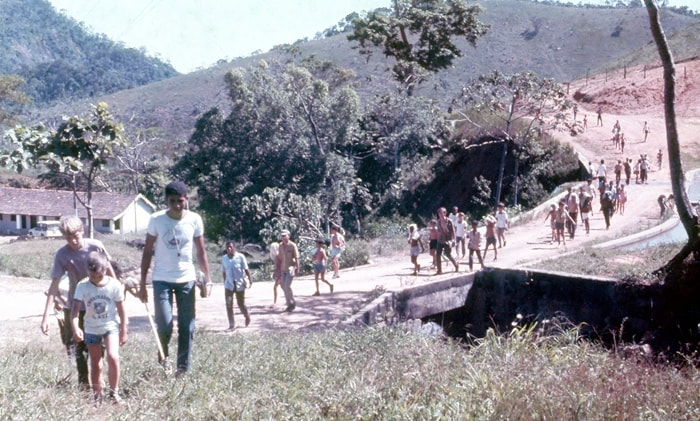 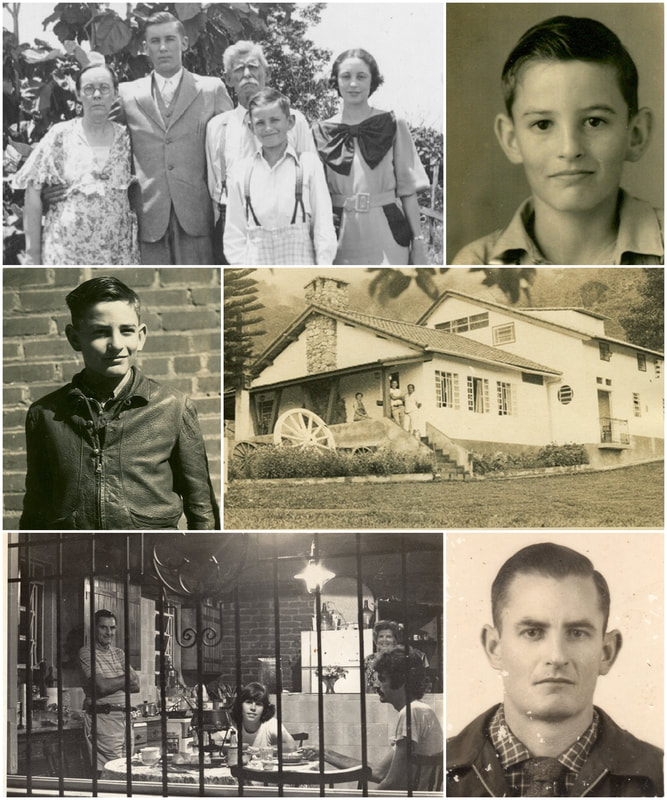